Every man’s dream is to have a big house and a good car. But, real men dream to drive a Bently. Nothing makes a man happy than driving his beautiful family in the latest Bentley model. Bentley company has a long history.

It was founded in 1888 by W.O. Bentley. The company was named after him in 1919 the same year the first car bearing his name drove in the street of London. The company grew from a humble one to a company that makes luxury cars all over the world.

It is unbelievable that almost a century later, Bentley remains the best definitive British Luxury car that makes high performance and reliable motors. It still inspires many car industries even today.

The Founder W.O. Bentley always loved anything that was moving. When he was nine years, He had to buy a second-hand Bicycle to dismantle it and see how it worked. Above all moving machines, he loved trains. At the age of sixteen, He achieved his dream of working with a locomotive train company. He was adding coal in the firebox to keep the steam pressure up for the train to keep in motion. After five years, He completed his apprenticeship, but by then he was developing interest to the roads.

He started with success on two wheels: a quadrant motorcycle which he bought while he was still working on the railway. They were a great race team with his brothers. Bentley participated in the London-Edinburgh trial where he qualified for a gold medal. He participated in many trials and this is where he started getting more skilled in refining the performance of an engine. The official Rex Team noted his work and they took him to refine engine ideas.

In 1912 he made his skills more pivotal. They imported French cars with his brother. The visited the France offices one time and discovered paperweight which was made of aluminium. They came up with the idea of using it as a lightweight material piston which could perform better than iron or steel piston. He modified and refined the piston. After different experiments, he was successful and his curiosity paid off. He applied the technology in his racing cars. which enables him to win more races with less time. This invention was crucial to his success with cars in the years to come.

When world war 1 broke, Bentley paused his ambition to start a car company and instead used his secret invention ideas to help the country. He used his aluminium pistons to create fighter aeroplanes making him a successful royal Navy captain. One of the Engine BR. 1 made the British have the most powerful and successful fighter planes than the previous versions.

The birth of Bentley motors came in 1919 when he won the award recognising his effort and contribution into the world war 1. This gave him the capital from investors which enabled him to start his own company. This was the beginning of Bentley motors. The motto was to create a fast car and the best classic car. His work was featured on then Autocar magazine. The magazine reported he was making a model car with racing and touring features. At first, Bentley faced a challenge of racing a 24-hour race but later they succeeded and winning seven years.

The breakthrough happened when they 8-Litre which is considered to be Bentley’s masterpiece. This had a max speed of 100 mph. This was a prodigious performance. But only 100 vehicles were made. But the legacy of this car lives even today. It is considered as a tribute of the w.o. limited edition. When there is a new CEO, he or she is handed over the key of this model.

Until today the Bentley has evolved to be the most luxurious car for billionaires. It is every mans dream. 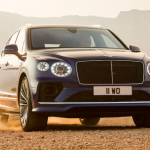 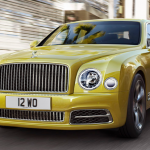 Next Story
The Mulsanne Extended Wheelbase