Should You Choose a Diesel Engine for Your Next Car? 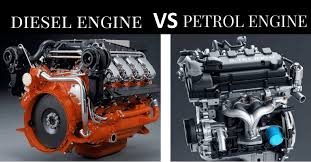 The debate rages on between diesel engines and gasoline engines when it comes to purchasing a new car. There are plenty of reasons to love both types of engines, but also some disadvantages with each that can make it difficult to decide which one is right for you. Here’s a brief overview of the pros and cons of diesel engines so you can make an informed decision about what’s best for your lifestyle, from the fuel efficiency of your daily commute to the amount of noise pollution in your neighbourhood.

Is it possible to get excited about a diesel engine?

Though they may not be as flashy as some of the other options on the market, diesel engines have a lot to offer. They’re known for being incredibly durable and efficient and can even offer more torque than their gasoline counterparts. Of course, there are some downsides to diesel engines as well – they can be noisy and smelly and can require more maintenance than other types of engines. So, should you choose a diesel engine for your next car? It depends on what’s important to you. If fuel efficiency is at the top of your list, then a diesel engine could make sense. For those who care about noise levels or emissions, this type of engine may not be right for you. To find out if this type of powertrain would work best for you, it’s always best to speak with a professional at the dealership about which vehicle would suit your needs best!

Diesels do tend to get better gas mileage than their gasoline counterparts, however. This makes them great for long road trips or commuters who drive long distances every day. While driving in eco mode won’t give you quite as much savings over time as driving on electricity-powered cars like Teslas will, diesels still get better gas mileage than just about any hybrid option that exists today. If saving money isn’t high on your priority list but efficiency is, then a diesel engine might be right for you!

What are the Pros of Having a Diesel Engine?

Diesel engines are more efficient than gasoline engines. They run a little bit cooler, so they last longer. They also have more torque, so they can tow and haul more. The only downside is that diesel engines cost more to buy up front. If you’re going to be using your car as a work truck or a family hauler, it might be worth the investment of getting a diesel engine. In addition, some people worry about fuel costs with diesel engines but if you’re driving in a city with higher fuel prices this may not matter.

Finally, some people like how the sound of the diesel engine sounds different from gas powered cars, which makes them seem more powerful.

Overall, there are both pros and cons to having a diesel engine in your next car.

How Can Smaller Engines Keep up with the Bigger Ones?

Many people think that smaller engines can’t keep up with the power of larger ones, but that’s simply not true. In fact, smaller engines often have an easier time reaching higher speeds than their larger counterparts. That’s because they have less weight to carry around and can therefore accelerate more quickly. What about Fuel Efficiency? The high fuel efficiency of diesel engines is one reason why many people choose them over gasoline engines. These are also powerful enough to handle trucks and other large vehicles, which use diesel fuel to get the best performance out of their heavy loads. Durability: Another reason why diesel engines are popular is that they are much more durable than gas or electric cars when it comes to heavy-duty work.

What Are the Disadvantages Of A Diesel Engine?

Diesel engines require more maintenance than gasoline engines and the cost of this maintenance is typically higher. Additionally, diesel-powered vehicles tend to be more expensive to purchase than their gasoline counterparts.

Diesel fuel can also be more expensive than gasoline, although the price difference varies depending on market conditions. And finally, diesel engines are typically noisier than gasoline engines. These disadvantages may not matter if you primarily use your vehicle for long commutes in rural areas where few people live. If you have plenty of time to keep up with your vehicle’s maintenance, then opting for a diesel engine might be worth it because they typically last longer than gasoline engines and offer better fuel economy.

The Best Advice for Diesel Owners 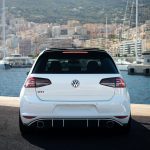 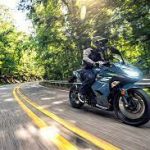 Next Story
The Best Beginner Bikes for New Riders